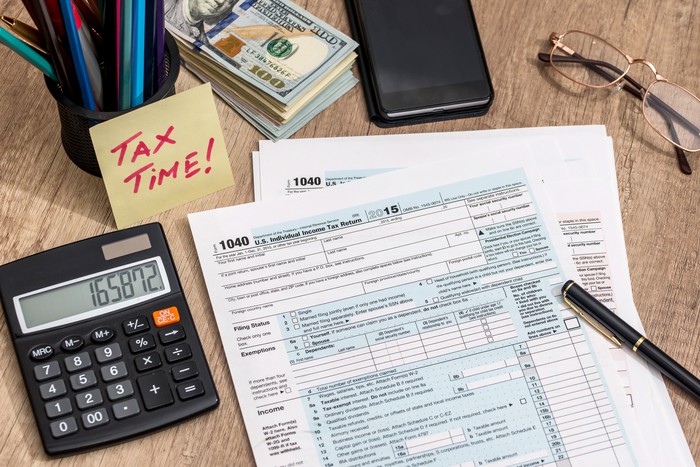 Most people don’t associate January with tax season. But if you’re eager to get moving on your taxes, you should know that there are certain benefits to filing prior to the official deadline, which this year is April 17.

What’s the earliest date you can submit a tax return in 2018? The Internal Revenue Service reports that it will begin accepting both electronic and paper returns on Jan. 29, which means if you want taxes off your plate and off your mind as soon as possible, you can knock them out by the end of the month. 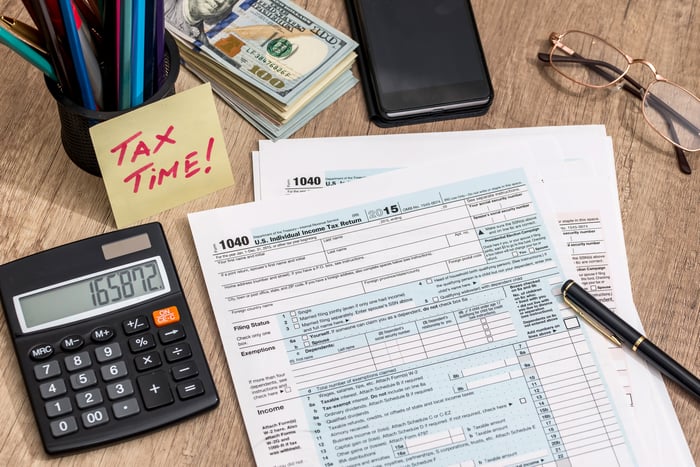 The primary benefit of filing your taxes early is that if you’re due a refund, you’ll get that cash sooner than you would by waiting. Now if you’re looking at, say, a $200 refund, it may not be worth the hustle. But if you’re expecting several thousand dollars back from the IRS, waiting until April for that money could set you back financially, especially if you need the cash to cover a near-term expense or pay off existing credit card debt.

Another benefit of filing taxes early is that if you find that you owe the IRS money, you’ll have more time to come up with that cash. Remember, you’re required to pay your tax bill by the April 17 deadline, but you can still submit a return several months prior and send in the money later on. So if, say, you’re looking at a $500 underpayment come Jan. 29, and you don’t have that kind of money immediately available, you’ll have two-and-a-half months to figure out how to earn it, whether in the form of cutting expenses, selling things you don’t need, or working a side gig.

Filing your taxes early can also help you avoid falling victim to tax fraud. If you submit a return and a criminal then attempts to do the same using your information, that second return will get rejected because the IRS will already have one in its system with your Social Security number. But if the situation is reversed and a crook manages to file a return with your information before you get around to it, yours will be the one to get rejected, which means that if you’re expecting a refund, it’ll be further delayed while you sort things out.

Be careful when filing early

Though filing taxes early has its benefits, make sure not to rush through the process just to get your return in ahead of the game. If you make mistakes on your return, it could easily get audited or downright rejected.

Furthermore, as was the case last year, be aware that if you’re claiming a refund based on the Earned Income Tax Credit (EITC) or the Additional Child Tax Credit (ACTC), you probably won’t see that money until late February. Due to high levels of fraud associated with these credits, the IRS is required to hold associated refunds until at least Feb. 15. From there, you have to figure it’ll take another couple of weeks for your refund to get processed and sent out, though if you opt for direct deposit, you’ll get your cash much sooner than if you were to request a check by mail.

Even if you’re due a refund for reasons other than the EITC or ACTC, if you’re claiming either on your return, the IRS can’t process anything before mid-February. So if, for example, half of your refund stems from one of these credits and the other half stems from withholding too much tax during the year, you’ll have to wait on the total sum the IRS owes you.

That said, the IRS expects that 90% of refunds will be issued within 21 days from when returns are filed, so if you’re anxious to get your hands on your money sooner, it pays to get moving on your taxes now. Even if you don’t wind up with a refund, you’ll have one less thing to worry about later on in the year when everyone else around you is scrambling. And that’s reason enough to get your taxes over with in January.

The $16,728 Social Security bonus most retirees completely overlook
If you’re like most Americans, you’re a few years (or more) behind on your retirement savings. But a handful of little-known “Social Security secrets” could help ensure a boost in your retirement income. For example: one easy trick could pay you as much as $16,728 more… each year! Once you learn how to maximize your Social Security benefits, we think you could retire confidently with the peace of mind we’re all after.