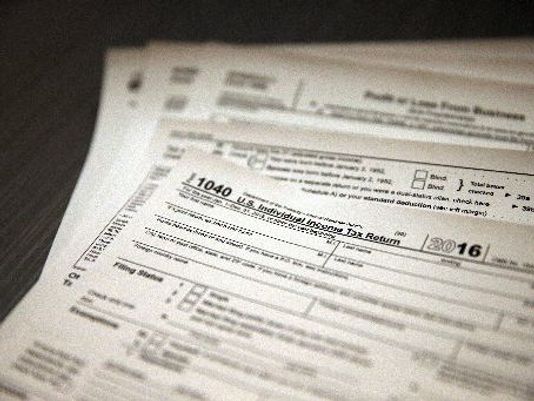 WASHINGTON – If you haven’t gotten yours yet, you should soon: a somewhat fatter paycheck, thanks to the tax reform bill passed by Congress and signed into law by President Donald Trump late last year.

But while you’re headed out to spend or save those newfound gains — admittedly modest, depending on your income — you may want to give some thought to what your tax liability is going to look like next year at this time, when you’ll be preparing to file your 2018 returns.

That’s because whether you’re a worker, retiree or small business owner (or even Dan Gilbert at Quicken Loans), you’re going to want to know the ins and outs of what is a dizzying array of tax changes, which, despite promises to the contrary, fell far short of simplifying the tax code for everyone.

“Every tax professional should have reached out to their clients and talked to them about this by now,” said Jeffrey Barringer, a partner at PricewaterhouseCoopers in Detroit. “If that hasn’t happened, they (individuals and businesses) should be reaching out to their accountants.”

If you are a regular employee or retiree, experts say you’re probably fine, especially if you already use the standard deduction (which is getting bigger) or, if you itemize and your deductions are under $12,000 (for a single filer) or $24,000 for you and your spouse.

If your tax situation is more complicated, though, you probably want to consult a tax professional, especially if you run your own business. And remember, if you need to make changes, you’ll want to do it early in the year, rather than waiting until later when those changes may either cost you more or have a more limited effect.

Here are some aspects of the new tax law to keep in mind, with the year still young:

It’s also worth noting that taxes won’t be going down for everyone. The Tax Policy Center says about 5% of taxpayers will see their taxes go up.

Those are the major changes you’re likely to encounter, though there are others, too —like one increasing the exemption amount for the Alternative Minimum Tax (meaning fewer people will have to pay it) or getting rid of a deduction for charitable contributions to colleges and universities in exchange for tickets or seating rights at athletic events.

In the meantime, if you’re a business owner — or you’re thinking of becoming one —you’re likely to see some large changes as well. If you’re running, say, Ford Motor, you’re probably pleased with the news that a graduated corporate tax rate with a top rate of 35% is being dropped to a flat rate of 21%.

While there are a host of other changes, one other worth mentioning involves so-called “pass-through” businesses (which tend to be partnerships, sole proprietorships and businesses like that). The owners of those businesses tend to report their earnings as regular income rather than as corporate profits.

In a nutshell, the new change provides that individuals who file under those tax structures — or at least those who do so and meet certain restrictions — will be allowed to take a 20% off-the-top deduction of qualified business income.

That may not only help existing business owners, it may lure employees to set themselves up as independent contractors to take advantage of it (though that comes with restrictions and requirements, too).

“I have the possibility of getting an additional deduction for being a small business person. It’s really, really revolutionary,” said Leon LaBrecque, managing partner and CEO of LJPR Financial Advisors in Troy and cochair of the Michigan Association of Certified Public Accountants Special Tax Task Force.

Figuring all that out is not for the fiscal faint of heart — again, talk to a tax professional — and there are lots of restrictions regarding who can qualify, at what income level the deduction phases out, etc. For instance, LeBrecque said it means you — as a small businessperson —may want to look at reducing the compensation you pay yourself, for instance, with the balance going into your qualified business income, since the larger that is, the greater the benefit of the 20% reduction.

All these changes don’t come without concerns: The Congressional Budget Office said the tax reform law passed by Congress will increase the government’s deficit by $1.5 trillion over 10 years’ time. And many of the provisions — including those involving individual income tax returns — expire after 2025 (meaning back to higher tax rates unless Congress acts by then to extend them).

But, for now, the changes mean there may be more money in your pocket or your bank account, especially if you know how to use the new law to your advantage.

“I’m excited,” said LeBrecque, speaking particularly of the opportunities afforded to pass-through businesses and who might qualify for them. “This will apply to great big companies and little companies. … My niece is an Uber driver. She’s bemoaning this tax law sucks and I’m telling her, ‘Not for you.’ ’’