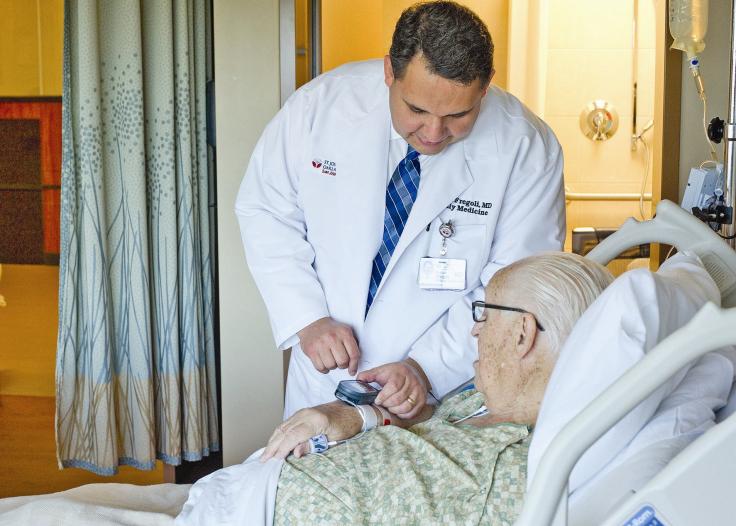 Michigan’s more than 170 hospitals cut bad debt and unpaid costs of care by more than $400 million in 2015, the first full year of Healthy Michigan Medicaid expansion and individual private insurance market assistance that added nearly 1 million people to insurance rolls, according to a new report by the Michigan Health and Hospital Association.

“We’re encouraged to see that the Healthy Michigan Plan is making a dent in uncompensated care in Michigan and doing exactly what it was designed to do when Republicans and Democrats worked together to approve the plan — reducing uncompensated care costs and improving the health status of men and women who couldn’t afford health insurance in the past,” Brian Peters, CEO of state hospital association, said in a statement.

“In some cases, our hospitals have seen a 50 percent reduction in the number of people coming through the doors without insurance — that’s significant when it comes to health care coverage and access to care for Michigan residents.”

On Wednesday, the MHA released its annual community benefit report, Michigan Hospitals: Leading the Way to Healthy Communities, showing that Michigan hospitals in 2015 accounted for $2.6 billion in community benefits and other programs designed to improve population health.

While the community benefit total dollars were 10 percent lower than the $2.9 billion provided in 2014, Michigan hospitals also incurred nearly $1 billion in Medicare and Medicaid payment shortfalls in 2015. Note: MHA received survey data from 126 hospitals in 2014 and 128 hospitals in 2015.

“For hospitals, caring for our patients, families, employees and neighbors means we are expanding our services beyond the four walls of the traditional hospital setting and collaborating with our communities in a variety of innovative ways designed to improve the health and well-being of every single resident of Michigan,” Peters said.

“From community health education to immunizations, health screenings, research and the preparation of future health professionals, our hospitals are working 24 hours a day, seven days a week and 365 days a year to do their part in making our communities and state a vibrant and healthy place to live, work and raise a family.”

On the other hand, hospitals increased community improvement spending 2 percent to $123.2 million and community benefit activities 9 percent to $694.9 million in 2015.

In 2015, Michigan hospitals generated $1.36 billion in net income in 2015 for a 5 percent total profit margin, slightly down from 5.3 percent total margin in 2014, according to the Michigan Health Market Report.

Of the MHA’s more than 170 member hospitals, there are 88 teaching hospitals, 12 public hospitals, seven children’s hospitals, 30 small or rural hospitals and 35 critical access hospitals. Of the 20 health systems, 13 are based in Michigan.