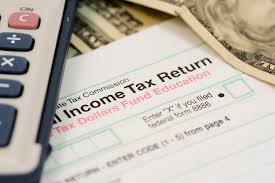 The Internal Revenue Service (IRS) might have your money. The tax agency has announced that more than $1.4 billion in outstanding refunds remain unclaimed from 2015. Yes, billion. That represents more than one million taxpayers who might have qualified for a refund but who did not file a federal income tax return for 2015.

If you are due a refund, you must file a federal income tax return to get your money. You typically have a three-year window following the return due date to claim your tax refund. To claim your refund for the 2015 tax year, your return must be postmarked on or before Tax Day, April 15, 2019 (except for taxpayers in Maine and Massachusetts, who have until April 17, 2019).

Remember that you’ll need your forms W-2, 1098, 1099 or 5498 from 2015 to file your return. If you don’t have your old tax forms, you can request copies from your employer, bank or other payer; you can also order a free wage and income transcript by using the Get Transcript Online tool on the IRS website (you’ll find more on how to use it here). You can also order it the old-fashioned way, using form 4506-T, Request For Transcript Of Tax Return (downloads as a PDF) to request a wage and income transcript.

“We’re trying to connect over a million people with their share of $1.4 billion in potentially unclaimed refunds for 2015,” said IRS Commissioner Charles Rettig. “Students, part-time workers and many others may have overlooked filing for 2015. And there’s no penalty for filing a late return if you’re due a refund.”

Of course, if you owe the feds money for student loans or back taxes, for example, or if your refund is otherwise earmarked for seizure, such as for child support obligations, any tax refund will be offset by the amounts owed. Additionally, if you are not compliant or if you have not filed tax returns for 2016 and 2017, the IRS may hold your tax refund.

If you don’t file for your refund within the proper time frame, you lose your right to claim it: It becomes the property of the U.S. Treasury.

How much is at stake? The IRS estimates the midpoint for the potential refunds for 2015 to be $879; half of the refunds are more than $879 and half are less. Those refund amounts could be even more than the estimates since they do not include the Earned Income Tax Credit (EITC).

Why might you be due a refund? Maybe you had too much withholding from your wages or made too much in quarterly payments. You might have also been eligible for the EITC. Even though you were due a refund, you might not have filed because you had too little income to require filing a tax return and you thought it wouldn’t make a difference. But that’s not always the case. Remember, you can’t receive the benefit of refundable credits—or other tax breaks which might result in a refund–unless you file.

Who is owed the most money? By the numbers, the top ten states by outstanding number of refunds are:

By dollars, the top ten states by estimated median refunds are: