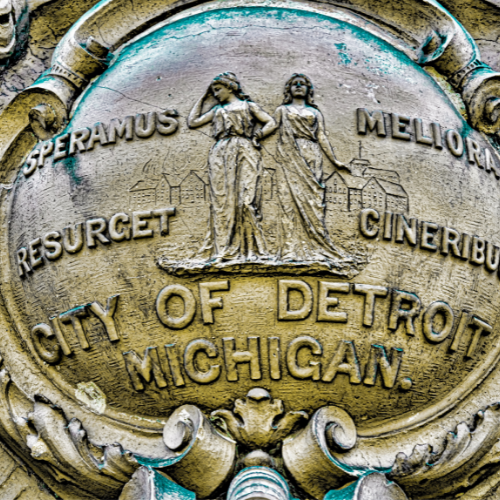 According to The Hub Flint:

The impact of COVID-19 has left many business owners across America in a state of uncertainty as they try to figure out how to adjust to our economy’s new normal. For Oaklin J. Mixon, founder of GoodBoy Clothing, he’s choosing to move forward and break new ground with a second store location. In conjunction with Assemble Space and The Complex 444, Mixon will be opening a micro retail location in Detroit in Spring of 2021.

“The new location is a community micro retail space made of shipping container units in which I think is aesthetically dope,” said Mixon. “Clothing and retail is an artistic shift in which Michigan is known for, and I think it will ultimately add to the story of its continued evolution.”

Although expansion was always a goal for Mixon, he was inspired to put the plan in motion when GoodBoy partnered with Bedrock Detroit in 2018 during the holiday season.

Along with GoodBoy’s positive reception in the Detroit holiday markets, the brand also caught the attention of Nina Monsour of Assemble Space.

“GoodBoy is a mission-driven and unique small business, which is exactly what patrons like to support,” said Monsour. “This also goes without saying, but GoodBoy’s streetwear is fantastic! The quality and diversity of options come at surprisingly great price points. I cannot wait to see GoodBoy grow their brand throughout the city.”

When asked about the initial idea of partnering with the clothing brand, Monsour stated, “GoodBoy first came to mind when I was planning concept ideas for The Complex 444. This distinct space aims to provide a community for local and small businesses to grow in Detroit. I recalled my positive experience with Oaklin and his team from our past partnerships, and I reached out without any hesitation.”

GoodBoy Clothing got its start in Mixon’s hometown of Flint, Michigan in March of 2014. Starting with the selling of high-quality T-shirts, it eventually developed into a lifestyle streetwear brand that included multiple apparel items and accessories. The brand also made it a point to be aware of current social and cultural issues and aimed to create and highlight those who are adding to the good of the culture.

With the new retail location in Detroit, Mixon will continue his mission to make good culture with GoodBoy Clothing, and build in a city that has the familiarity and resilience of his hometown.

“Detroit is big brother to Flint and has a similar story. When we began, the vision was to create and manufacture goods in Flint, [then] export and retail to other places,” said Mixon. “This is a way people can directly support American-based retail and manufacturing businesses, and help places like Flint regain its economical prowess, among other cities.”

Americans’ top five financial resolutions and how to make them stick
June 15, 2022admin